Thermolysis is also known as short-wave radio frequency diathermy, radio wave, or short wave.It was developed in the 1940’s when AC/DC current became much more common. This current is required because it is the electricity that kills the hairs.

This is a process of hair removal that began in the middle of the twentieth century. It works by inserting a probe into the follicle, like you also do in electrolysis. Once the probe has been inserted into the hair follicle, the water molecules that are present in the hair begin to move around and produce heat. This is how the base of the hair is destroyed so that no hair can re-grow there in the future. For this reason, some people have actually chosen to combine this method with electrolysis. This is known as the blend method.

The blend method is a lot quicker and it is also much more efficient, which is why it is becoming so popular. It also works a lot better on certain types of hair. For this reason, it is more ideal for these hair types. In this method, you would first use electrolysis and then use the heat from thermolysis to damage the hair follicle.

While this is a much easier and faster process than electrolysis, it is not nearly as effective. Nevertheless, some people still prefer this method because of the fact that the current does not travel through the whole body as it does with electrolysis. Another reason why some people prefer this method is because it is a lot quicker and does not cause a chemical reaction. Instead, what it does is coagulate the papilla, which is similar to cooking an egg white.

There is no evidence that any harm can be done to a pregnant woman’s fetus via this process. Nevertheless, you should still talk to your doctor before starting this treatment if you are pregnant. Some practitioners may even require your doctor write you a note saying that you can undergo this treatment.

It also appears that thermolysis will be safe for those who have pacemakers. This is not true in electrolysis though because of the metal plates in a pacemaker conducting electricity, which is what electrolysis is dependent upon. Therefore, this is another reason why some people would prefer this hair removal method.

Another thing that you should be aware of is that if you have an IUD, they are also made from metal. As such, electrolysis would not be a good choice for these people, whereas thermolysis would.

If thermolysis is not done properly, then your skin may be burnt and scarred. This is not something that commonly happens, but you should know that it does happen. When flash thermolysis is used on thick, deeply rooted hair, instead of shallow, thin hair, your risk is increased. For these reasons, it is very important that you find a qualified practitioner who has been performing thermolysis for several years. In this way, you can reduce your risk of scarring.

Please Note: This article is here for general information and should not be taken as medical advice. It is advised that you consult your doctor/dermatologist or seek professional help in such cases. Thank you! 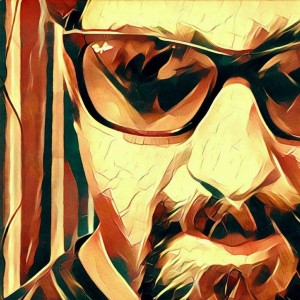 Sharat Jaswal is from Chandigarh, India. A web development consultant who makes informative websites particularly in field of health and fitness. Follow him to know more about his work...

Bleaching, What Is It? Is It Safe?

Shaving 101 & How to Get That Perfect Shave?